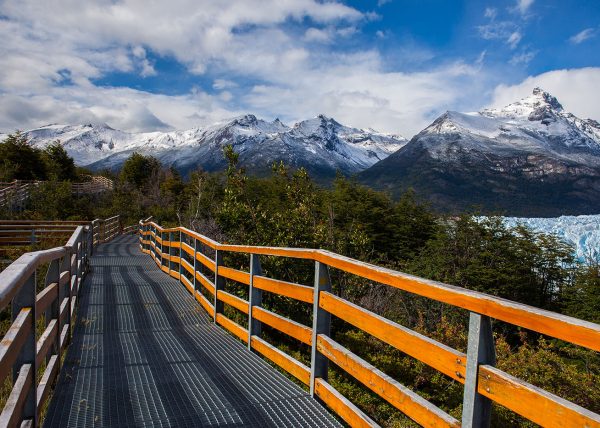 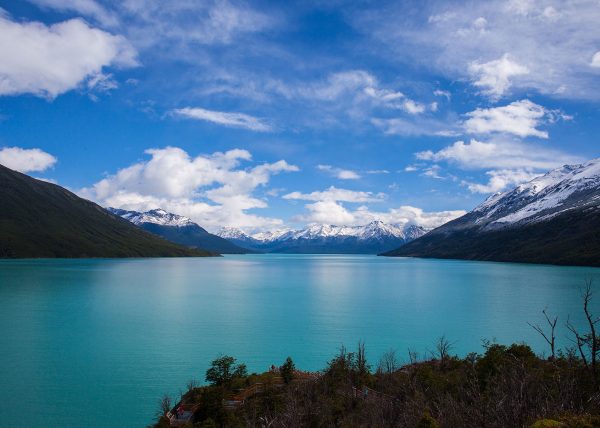 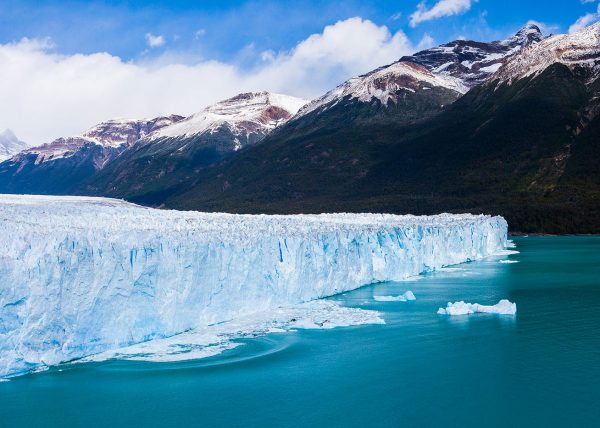 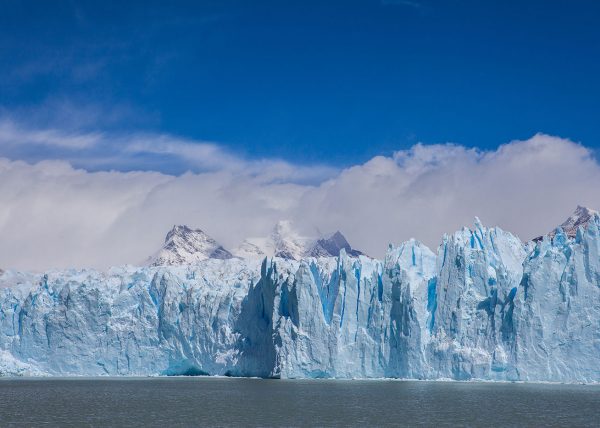 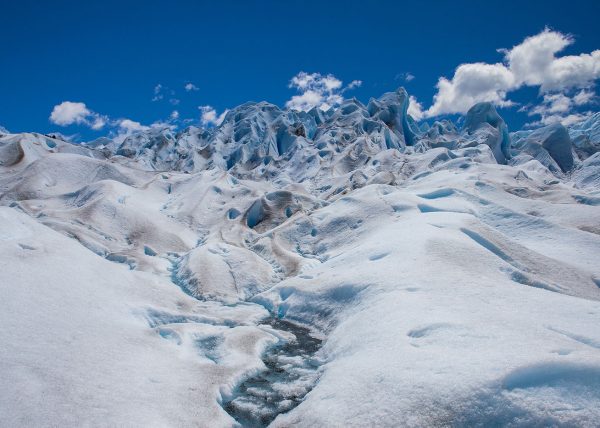 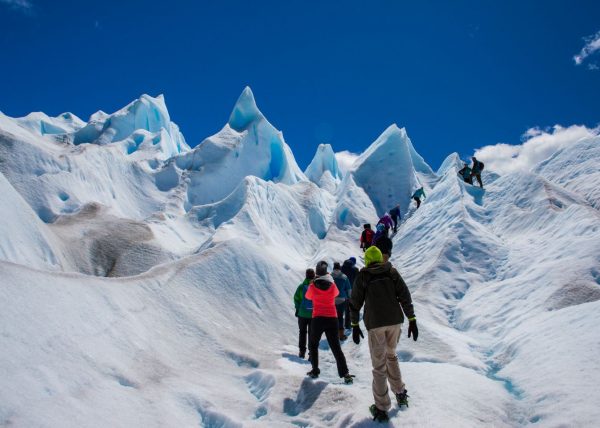 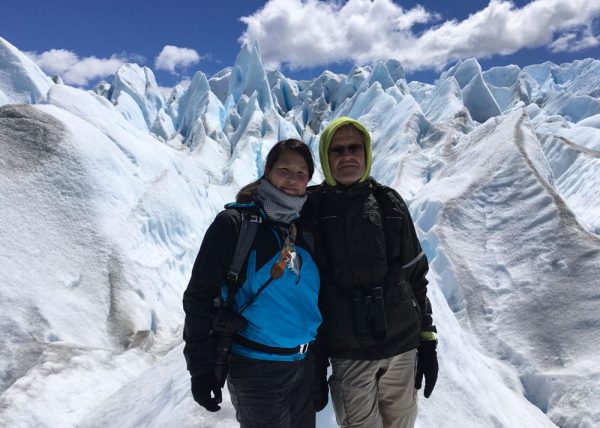 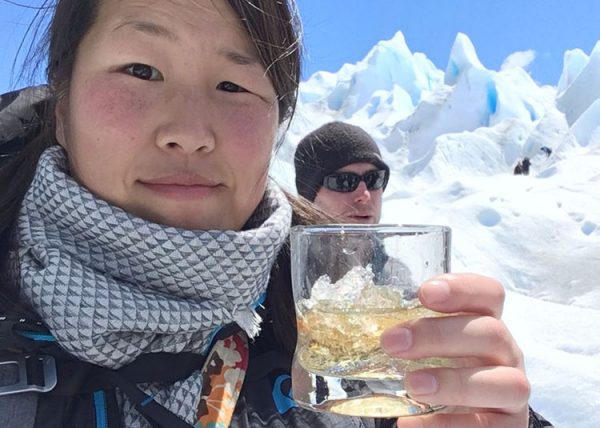 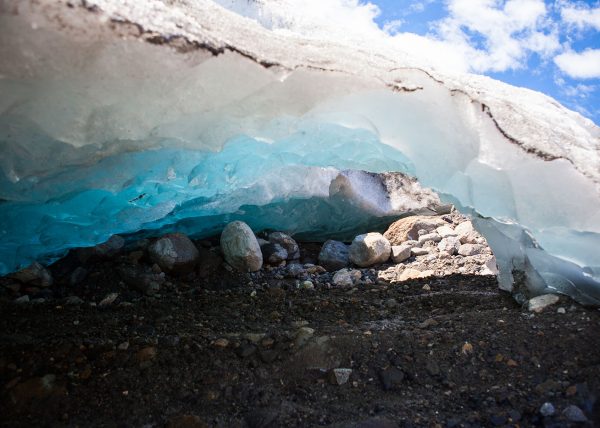 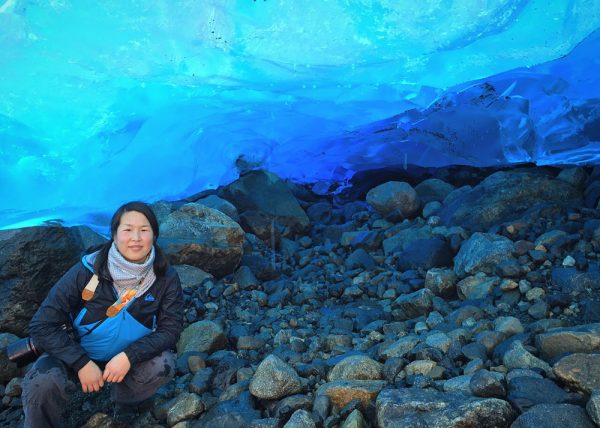 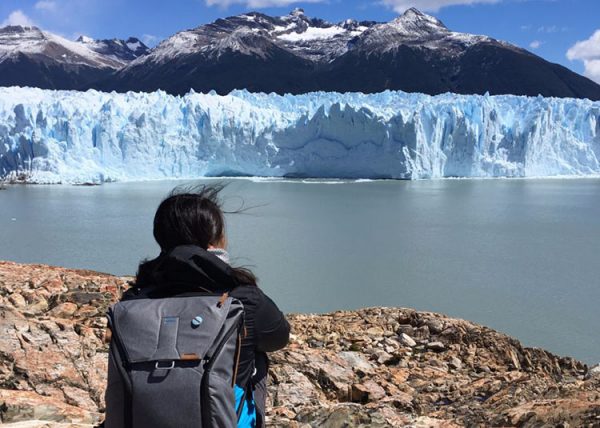 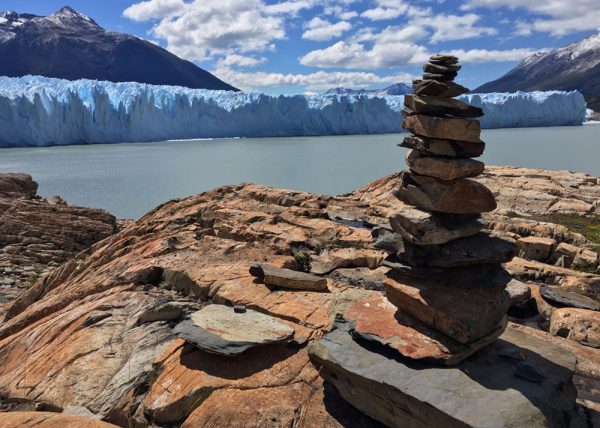 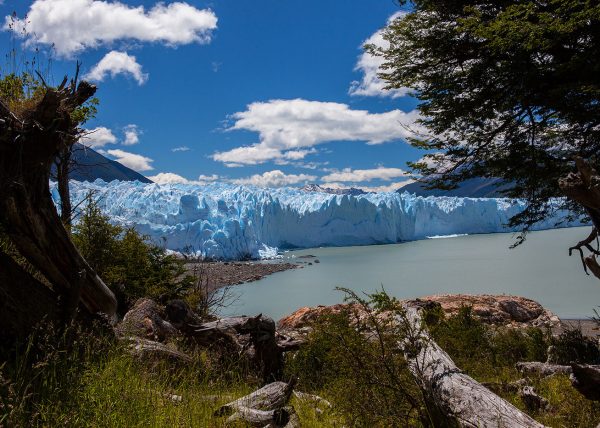 This morning we had to get up early to go to the Perito Moreno Glacier and go walk on it!!!

They told us that they would come pick us up at 8:30. Normally this means they are half an hour later, but apparently in Argentina they come right on time. Maybe even a little bit earlier.

The bus ride to the Glacier was beautiful! You could see the landscape changing and more and more mountains covered in snow came to sight. During the ride the tour guide told us all about the landscape and history as well. It was very interesting.

Then all of the sudden the first glimpse of the glacier was there. I have seen lots of pictures of this glacier, but when I saw it the first time with my own eyes I could not comprehend.

The glacier is about 60 to 70 meters high and 5 kilometers wide. Each day it grows with 2 meters, so sometimes big chunks of ice break off and fall in the water with a big bang! The ice breaking sounds a lot like that of a volcano erupting (at least the Acatenango in Guatemala hehe).

We first walked on the boardwalks and had great views over the glacier. The guide told us we could only do the yellow path because of the time we had, but of course I didn't listen and did part of another one too. I had to run up the stairs to catch the bus again, but it was worth it!

After that we went on a short boat ride to the glacier and then prepare to go walk on the glacier! We got crampons under our shoes so we could walk on the ice without slipping. They told us to walk like we were pooping otherwise the spikes would clamp in each other and we would trip. And we don't want that to happen!

We did the Mini Trekking and not the Big Hike, because my dad is too old to do that one. At least that is in their rules. Discrimination in my opinion, because my dad is in better shape then I am :P But this one was also nice. We walked a bit and they showed us some nice spots and told us about the glacier.

Then it was time to leave the glacier. But while walking away from it I spotted a sort of ice cave/arch. I walked towards it and asked the guide if it was possible to go in. A part of the group was already gone, and the rest followed us. He first explored it for us and then we all went in. The colours inside were sooo blue and it changed in different shades of blue while walking more into it. It was amazing!

Once back at the base we had some time to walk around. I climbed on a big rock and enjoyed the view a little bit more. Then I decided to make a stack of stones, because there were none so far. What I don't understand, because most of the times when you are in a touristy place with lots of rocks, there are a lot of those stacks. So I was the first there! YAY!

It was an amazing experience and such an amazing and beautiful place! <3