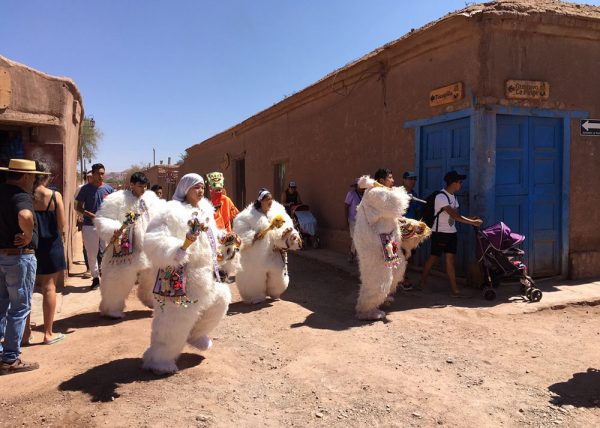 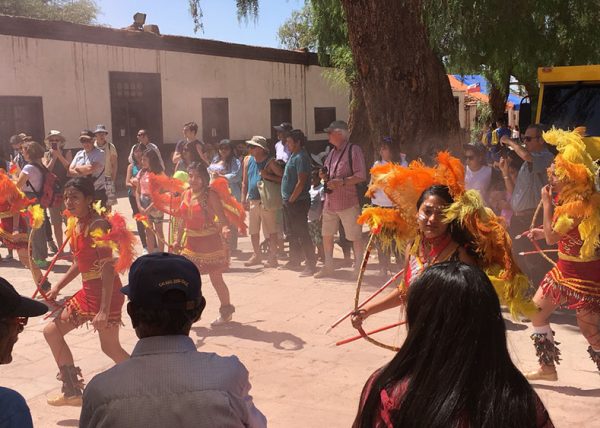 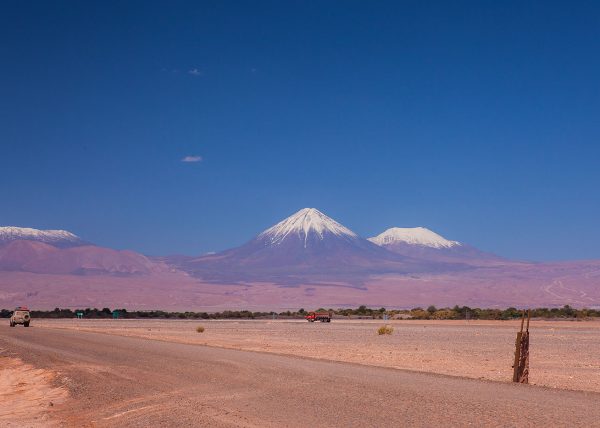 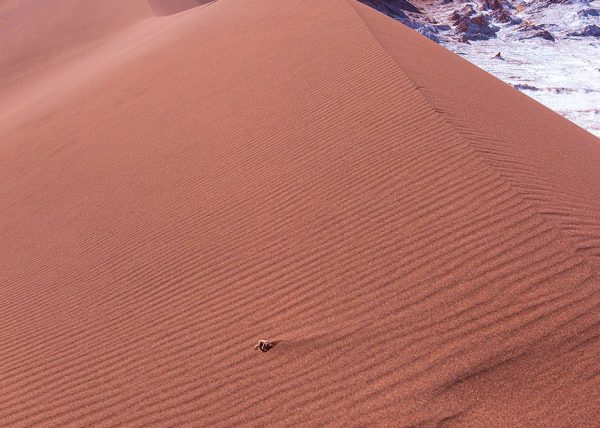 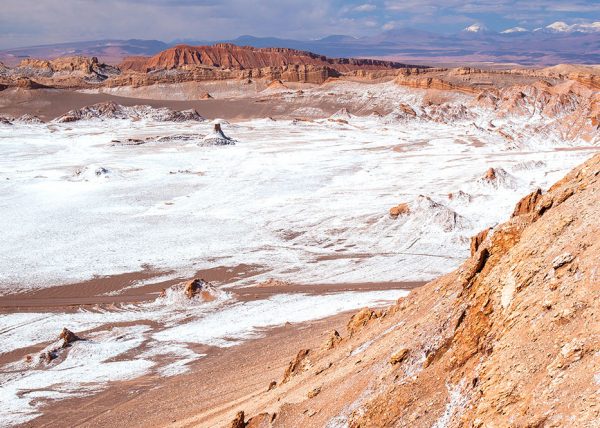 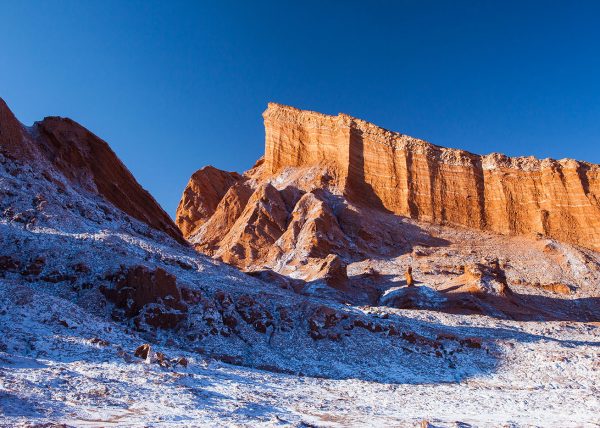 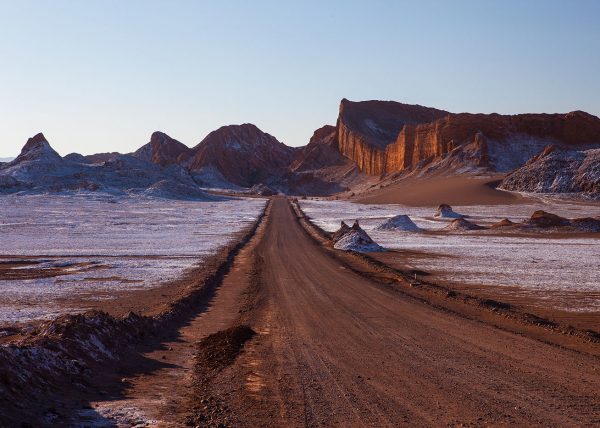 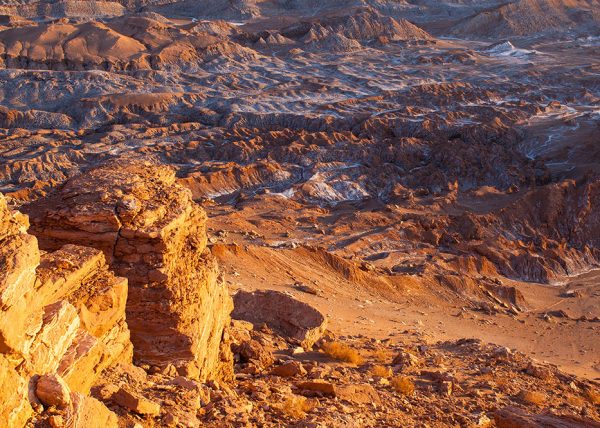 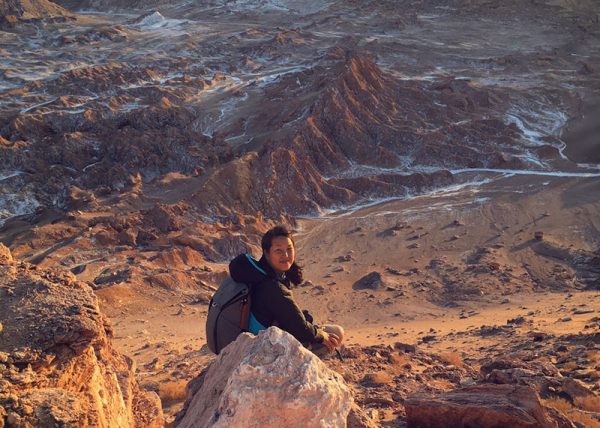 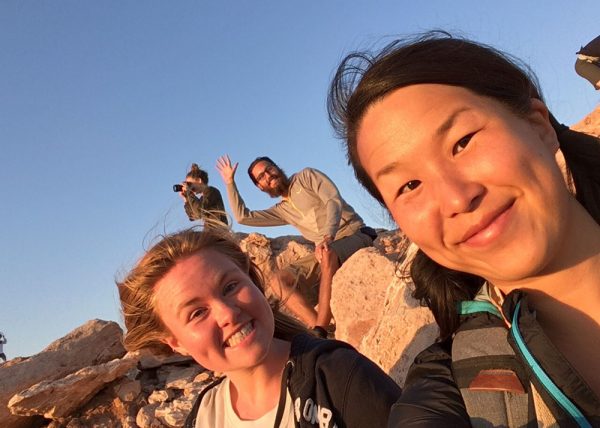 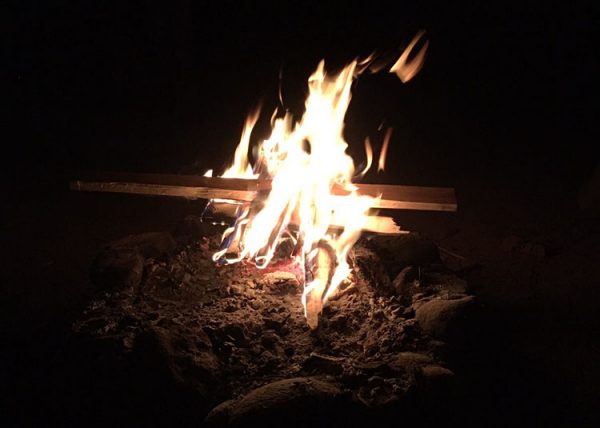 Today I arrived at San Pedro de Atacama at 8:00 a.m.
Checked-in in my new hostel (Aji Verde Hostel) and booked a tour to the Valle de la Luna for this day.

First I walked through the village and had a coffee while watching this parade. They had awesome costumes and the music was nice too! Still don't know the reason though hehe.
When I was walking in the town I heard some Dutch. It was a guy in blue. Blue shirt and blue pants haha. He was talking to 2 girls and I just passed them... I try to avoid Dutch people haha.

Then the tour.
I was really excited, because everybody I talked to were very enthusiastic!
There on the parking lot I saw that guy in blue again haha. But he wasn't in my group.
The tour was amazing! It was so bizarre and beautiful! And those volcano's in the background... just wow!!! Came across Pia again and she told me Reto also was there. But haven't seen him there unfortunately. The tour ended with a very nice sunset at another place. And there saw Pia and Reto again :)

At night, these guys I've met at my previous hostel, were having a campfire and a BBQ together with Pipa (who I met today). That was really great and the meat they made was the best I have had so far here!

Tomorrow just a relaxing day, because the day after I'm going on this 3 day tour to Salar de Uyuni in Bolivia!!! So I will be of the grid for a couple of days after tomorrow 👍🏼