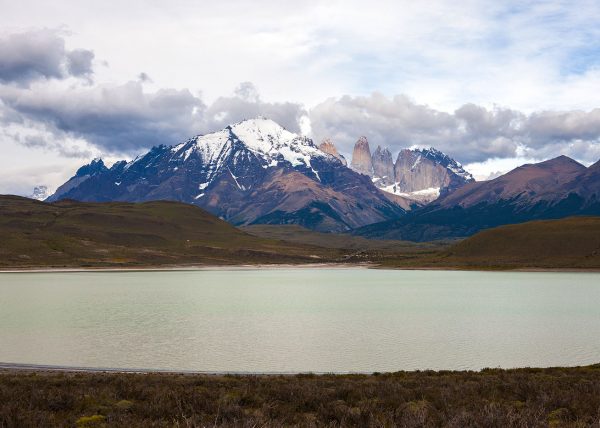 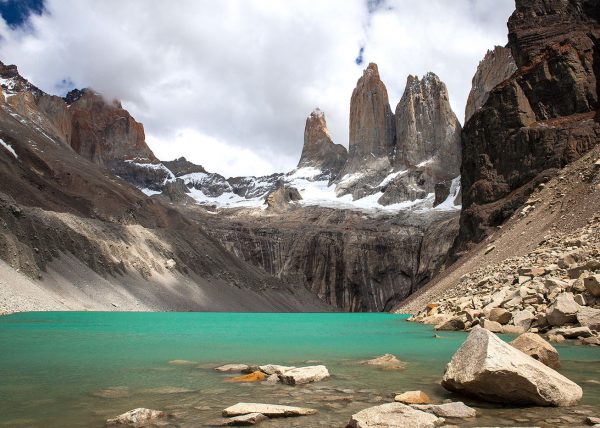 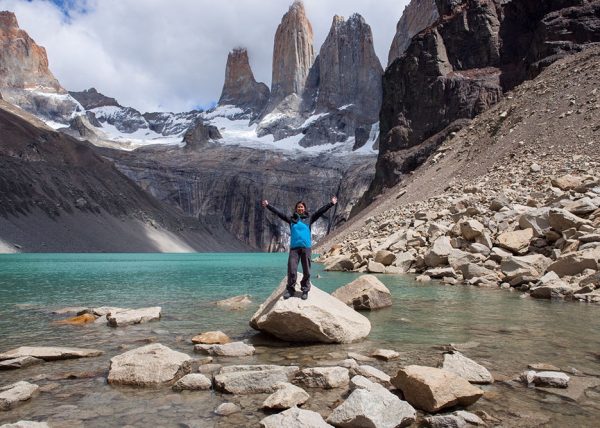 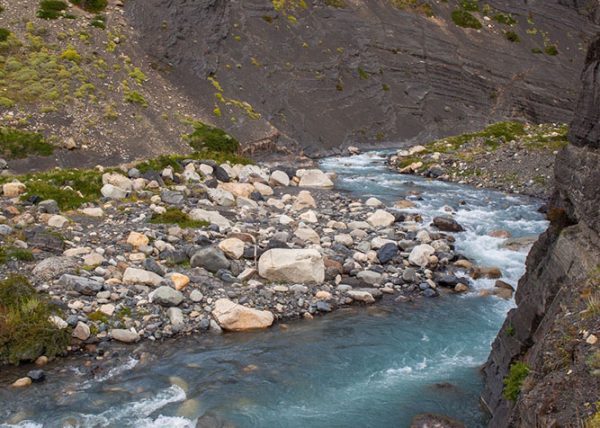 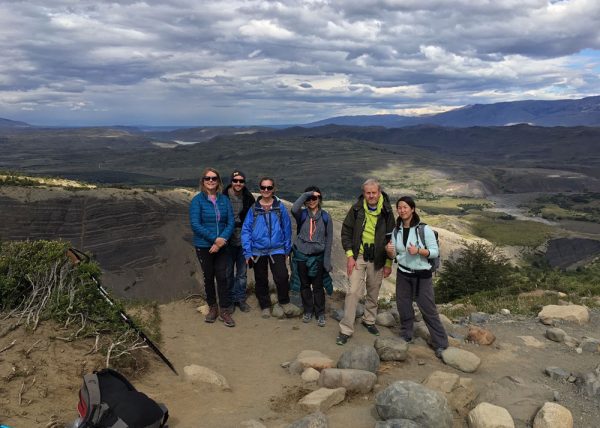 Yesterday we left El Calafate and went to Chile, Puerto Natales. The bus ride was very very comfortable, but crossing the border was not. I think we stood for more than an hour in line to receive the exit stamp from Argentina. And then another long line for our baggage check in Chile. Oh well... this happens while traveling right? And it was nice to talk to some people in the meantime.

When we arrived at our hosteria (Motas de Coiron) a cute little woman helped us to check in. She thought we would arrive in the evening, but it was no problem we arrived earlier. She could not speak English and she spoke Spanish so fast that I could only understand some words. There was a moment when she asked us if we wanted a private room with a king bed. When I explained that the man I was with was my father she had to laugh very loud. She thought we were a couple :O
From now on I will always make clear to everybody that he is my father haha.

The dorm was really nice and the whole hosteria was so clean! It felt like she was following us everywhere and cleaned up after us; that clean!

In the dorm was a nice Chilean guy, Manuel, and another Dutch guy Paul. I excused for my father (because he snores, and me too a little bit) but they didn't mind.. phew!

So today we went to the National Park Torres del Paine. We booked a tour to go see the 3 towers at the viewpoint. The hike was about 19 kilometers long including the steep hike to the towers. We were very nervous because it rains there for 300 days a year. Plus the towers hide a lot in the clouds too. But we had a beautiful day with a lot of sun! I even got sunburned!

The hike was a pretty tough one sometimes. Especially for me, who has no good cardio at all! "I don't have the power, but I do have the will" I said today hihi. The last part of the climb was an elevation of about 315 meters in only 1 kilometer span width. So that was a very steep and hard climb! Also not a good walking path, but finding a way through and over big rocks.

After hours of climbing and walking we finally arrived at the towers and it was AMAZING!!! The water of the lake was so blue, almost green! We stayed there for 40 minutes to enjoy the view and have lunch. My dad didn't see that much over there, because he was very hungry and was only eating at a nice spot and talking to other people haha. But he still loved it too.

And then we had to go back the same way.
It was nice that we could enjoy the scenery more, because now we didn't have to climb and see new stuff. It was the same way back. But while walking in the forest we all of the sudden saw a fox! He was not scared at all! He was so beautiful!

During the way back I tried to learn the guide some Dutch. And there is 1 typical Dutch sentence: achtentachtig prachtige grachten (88 beautiful canals). He was amazed and wanted to learn it persistently! Next thing I knew the whole group was trying to say it haha!

Then after 8 hours of walking we finally arrived back at the minivan and could rest and lift our feet up.

When we arrived back at the hosteria there were 2 new people in our dorm. Turned out to be a Dutch couple (Eva & Laurens) from Rotterdam!!! Awesome :)

It was a beautiful day and a big accomplishment again!

Tomorrow we go back to Argentina to El Chalten to walk in the National Park Fitz Roy. A girl from our group was there earlier this week and told us the hike to the top there is even harder then the one we did this day :O Don't know if I can do that....