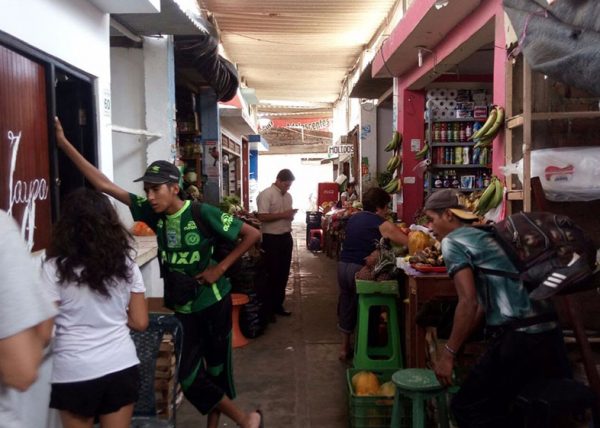 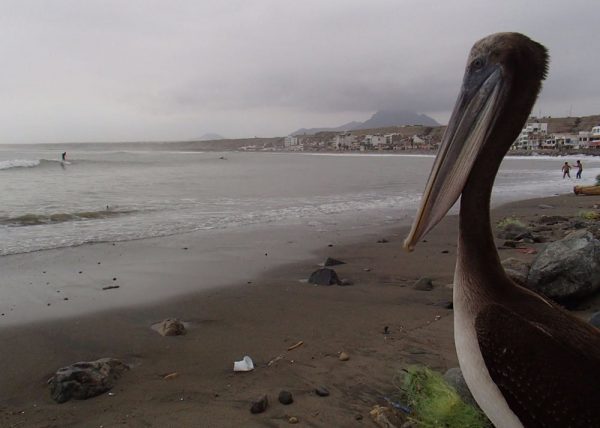 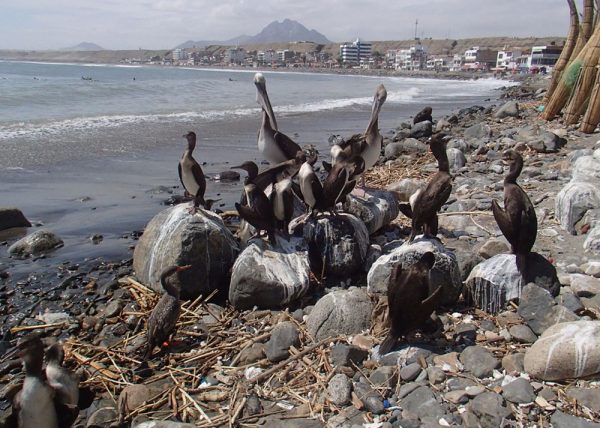 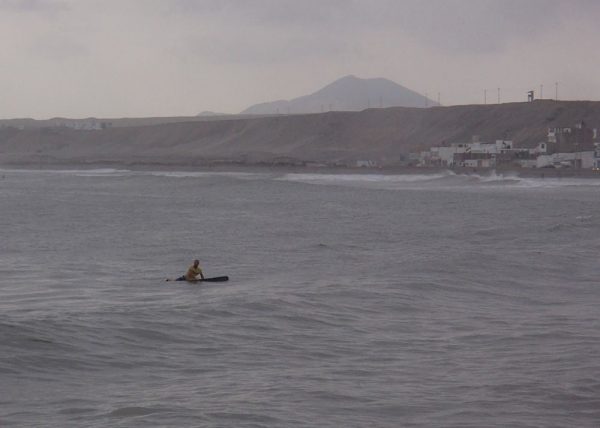 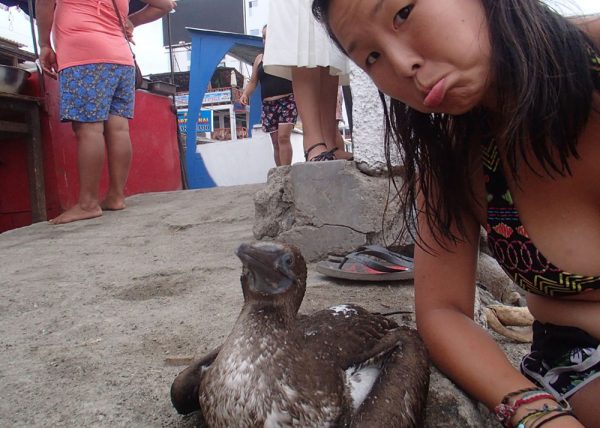 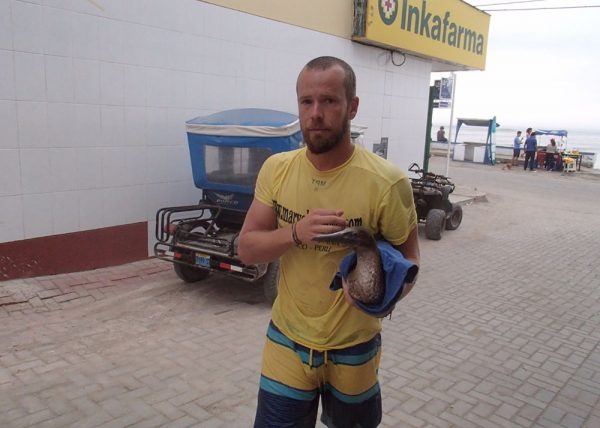 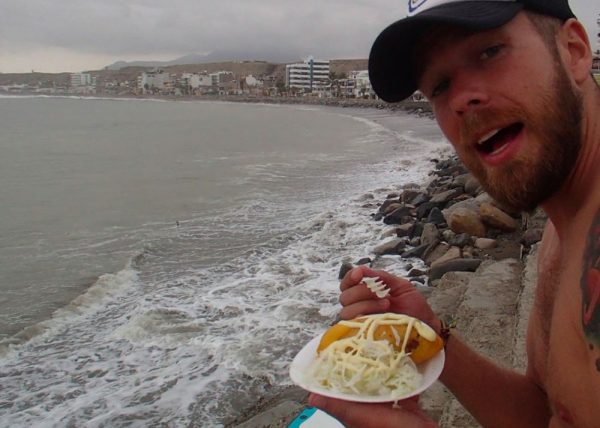 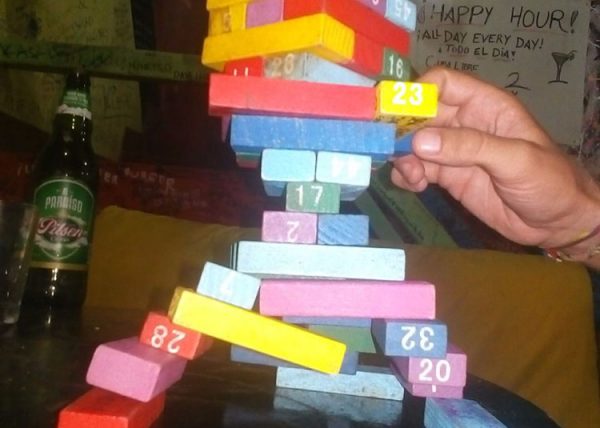 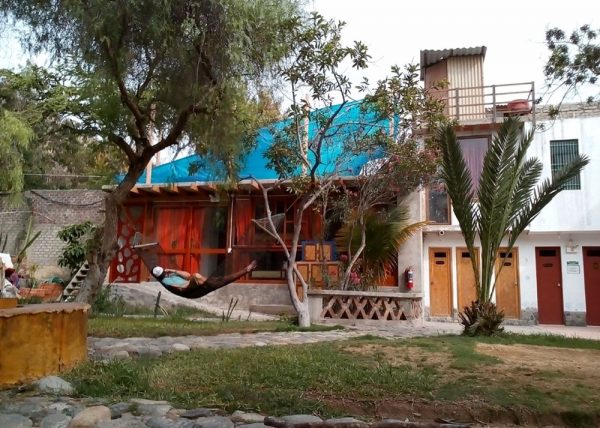 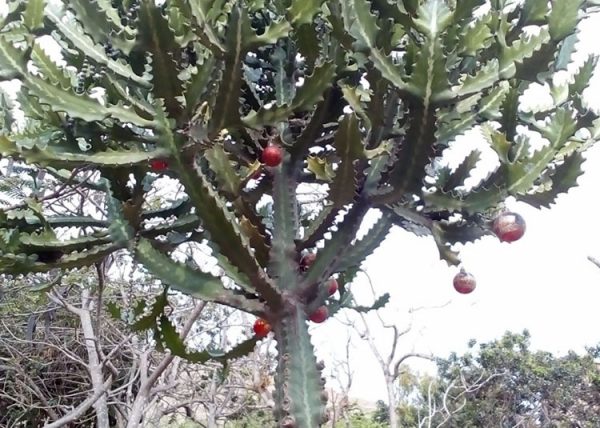 We also 'saved' a sort of duck. David was surfing when I saw this duck acting weird in the water. After a while struggling in the water to get out he got smashed into the rocks a couple of times by the waves. So I got him out of the water (cut myself on the rocks). People on the boulevard also didn't know what was wrong with him and didn't know what to do with him. When David came out of the water I told him everything and eventually David carried him to a veterinarian. Some people who we spoke to, were talking about cooking him :( But we gave him to the vet, hopefully she saved him or ended his life fast... What I did know, was that I wasn't going to eat duck there :P

The last day was a lazy day, chilled a bit, checked out of our hotel and got some food again in the Mall Plaza in Trujillo.

And last night we had a flight to Lima and we had to say goodbye again :(

When we were checking in our bags at the airport they confiscated my gift from David :( He gave me pepper spray for protection in Colombia (so sweet!). Sucked really bad.... :( But it's illegal, so I guess it's a good thing they took it.

When we arrived at Lima it was time to say goodbye... again... But this time it didn't felt that bad like last time, but that's probably because I'm traveling now too. But shit, I'm going to miss him a lot.... again!

After we split up I had a flight to Bogota and from there a flight to Cali. I booked a hotel room just for myself, just to have a little bit alone time before going back in the dorms :) On the site it said they have an XBOX, I was really excited about that, but in the end I couldn't find it. And since this is not the cool neighbourhood of Cali, I didn't feel like going out. Oh well... I just ordered in some food and will watch a movie. Chill :)

Tomorrow I leave to Salento with a bus and will go see Cocora Valley the day after! Looking forward to seeing some new stuff!!!